07 Sep Tough in the provinces but Hamilton is stirring

Posted at 04:12h in Newspaper & Other Articles by Lawyerinauckland 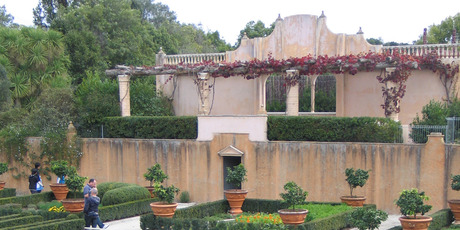 After years of stagnation, sales are slowly starting to build in Hamilton – the first fraglie sign that parts of provincial North Island may be beginning to move out of the housing doldrums. Photo / Bay of Plenty Times

The provincial towns and cities are well below their 2007 peaks, but there are signs of life south of the Bombays, reports Bruce Morris.

After years of stagnation, sales are slowly starting to build in Hamilton – the first fraglie sign that parts of provincial North Island may be beginning to move out of the housing doldrums. Whisper it quietly, but there’s the smell of a rally in Hamilton and it’s nothing to do with cars.

After years of stagnation, sales are slowly starting to build in New Zealand’s fourth-largest city – in the first fragile sign that parts of provincial North Island may be beginning to move out of the housing doldrums.

We’re not talking about furious action, but there’s enough in the air to suggest low interest rates are finally feeding beyond the Bombays, although things remain flat in Whangarei and Rotorua and not much better in Tauranga. As the centre data tables in this Property Report show, the smaller towns continue to do it hard.

QV valuer Richard Allen says Hamilton is starting to “tick along quite well” after slow progress working its way out of the troughs that followed the 2007 market peaks.

“Sales volumes are not outstanding but things have picked up over the last three-to-six months and there’s been a slight increase in value in most areas,” he says.

“It almost seems people have put off making a decision for the last two years or so and now have decided to jump in and do it.”

Most interest has been in lower-priced houses, drawing first-home buyers and investors as the city “claws its way back to 2009 values”, says Allen. But as elsewhere, demand is lacking in the upper end of the market and prices haven’t moved.

In Tauranga city and across the bridge at Mt Maunganui, it remains pretty flat, though the QV national housing index shows a 1.7 per cent gain in average values over the year to the end of July. Prices for the three months to the end of June, detailed in the central pages of this Property Report, show just how subdued the market is with only four of the 17 listed suburbs showing gains.

With as many as 1500 developed sections available in Tauranga and plenty of other available land on the outskirts, there’s limited pressure on prices in a city where finding work isn’t easy and job security is as much a concern as anywhere.

QV’s Paul Thomas says prices have been fairly static over the past three years, and probably still around 10 per cent below the market highs: “There is a little bit more turnover at the moment, but values just aren’t moving.”

He points to sales under $200,000 in suburbs such as Gate Pa and Welcome Bay – well below the levels of five or six years ago – and overall values remain subdued in prime areas such as Matua and The Avenues.

Thomas has no crystal ball and says so much depends on international and domestic economic conditions, but he doesn’t see anything on the near horizon to spur price growth.

Across in Rotorua, QV’s Susan Lock says sales activity has been strong over 2012, “but values are just not up there”. The feeling supports the housing index, which shows Rotorua values have dropped 0.7 per cent in the past year and are now 14 per cent below the 2007 peaks.

Lock says homes are “very affordable” in Rotorua, and they are generally selling quite quickly with fairly realistic vendors, leaving agents struggling to build listing volumes.

Much of the demand is driven by investors eyeing gross yields of around 10 per cent for lower-priced homes, she says, but they are “very picky” and looking for value.

“The number of sales gives some encouraging signs. But it is all quite fragile and prices are flat.

“Really, looking ahead a year or two, any recovery in the property sector is likely to be heavily reliant on what is happening in the troubled European economies.”

The Property Report statistics graphically illustrate the extent of the flat Rotorua market, with just two suburbs – Lynmore and Springfield, the highest-priced in the city – recording price rises over the three months to the end of June. Most suburbs are down or flat against their 2011 CVs, and all are well below their 2007 market highs. Western Heights (down 24.4 per cent) and Fordlands (down 21.3 per cent) have done worse while Lynmore (down 5.3 per cent) is something of a local beacon, even if the decline there in real terms is close to 20 per cent.

In Whangarei, the statistics show a static last 12 months with prices still around 17 per cent off the 2007 highs.

Michael Springford, principal of the L.J. Hooker franchise, says the market seems to be the opposite of the firing parts of Auckland. Up north, buyers are in command and looking for value, keeping a cushion on prices.

Some investors have returned to help push total city sales to 396 properties in the first seven months of the year compared to 612 sales in the whole of 2011. But prices overall are flat, with negligible interest in properties above $500,000.

Springford says Whangarei offers great investment opportunity, with low prices and attractive yields. But “mum and dad” investors hurt or concerned by the finance company collapses are not taking on risk and going instead for the safety of term deposits.

But he says the biggest issue for the city and Northland is job security and unemployment. When people can’t find work or think their job is at risk, that’s hardly the environment to bring a rise in house prices.