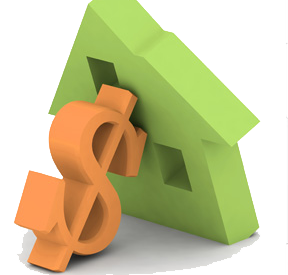 Posted at 13:37h in Newspaper & Other Articles by Lawyerinauckland

Below pleased find extracts from two articles sourced from stuff.co.nz and shared by our conveyancing lawyers at Quay Law.

Westpac has introduced a new round of market-leading fixed mortgage rates in an apparent attempt to win over other bank’s customers.

The lender’s ‘special’ rates, which come with strings attached, are well ahead of any other advertised rate for the same fixed terms.

This morning the bank introduced a one year fixed rate of 4.89 per cent, three years at 5.39 per cent and five years at 5.75 per cent.

But the special conditions attached to the deals suggest that the rates are an attempt to win over fresh custom, rather than refinance existing loans.

The requirement for at least 20 per cent equity rules out many first-home borrowers, and minimum new borrowing of $100,000 will rule out most of Westpac’s existing customers.

Rival lenders in the highly competitive space will likely feel the pressure to respond with price-cutting of their own, as interest rate cuts typically occur in clusters.

However, the wholesale funding costs behind some of the banks’ longer term lending do not appear to be significantly lower.

Westpac’s general manager of retail Ian Blair suggested that anyone looking at fixing their rates “should make hay while the sun shines”.

“We are unsure how long we can sustain them for and will be reviewing them weekly.”

That window of opportunity may be as short as three weeks- the time it took for the bank to drop its recent special of 4.99 per cent for a two-year term.

Whilst your mortgage funding is an important element of the property transfer transaction (conveyancing), please find below some interesting property statistics, sourced in a separate article on www.stuff.co.nz, released by QV New Zealand.

QV research director Jonno Ingerson said the property market had a reasonably strong start to the year, with plenty of buyer enquiry and sales activity throughout January.

And he said the increasing values were no longer solely being driven by Auckland and Canterbury.

If you require any assistance with your conveyancing transaction, please contact our team of conveyancers at Auckland law firm, Quay Law.